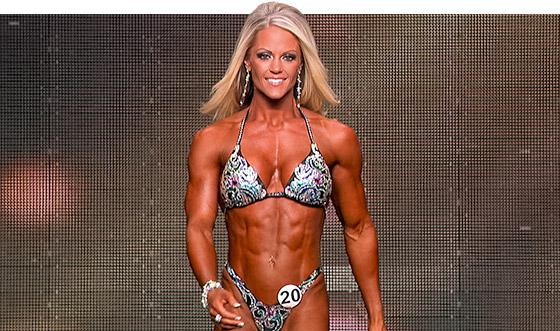 I still recall the day I decided to enter a figure competition. My husband Tim and I had just moved to Toronto. We lived in a small one-bedroom condo and worked out at the gym in our building. At the time, I had no idea what I needed to do to get to the stage. All I knew was that I had to eat super clean, do plenty of cardio, push heavy weights and fit into a tiny two-piece suit, while learning how to walk in a pair of clear high-heeled stilettos!

I still recall leafing through countless fitness magazines and coming across a photo of a physique that I admired. The woman was Nicole Wilkins. If you follow any fitness publications, then you’ve likely seen her incredible physique.

At the time when I was pondering over competing, she held the title of Ms. Olympia. I can still remember carefully pulling her image out of the magazine and taping it to my refrigerator. For the next several months, she became my inspiration and kept me going throughout the process.

Since then, I’ve competed over 15 times. Looking back today, I never thought I’d become so passionate about this sport.

I had the opportunity to meet Nicole when she made an appearance at the Toronto Pro Show a few years ago. She held a seminar on competition prep, nutrition and stage presence. It was a surreal experience for me. This woman whom I admired for so long was now standing in front of me — eek!

I think I speak on behalf of many women when I say she is “larger than life” in so many ways. She encompasses strength, beauty and confidence. In my mind, she has true celebrity power. So I was pleasantly surprised by her openness and honestly. At the beginning of the seminar she told us she was “an open book” and we could ask her anything.

She introduced herself and told us how she began competing.

At just 19 years of age, Nicole entered her first fitness competition. Although she holds IFBB pro cards in both figure and fitness, she was forced to choose one. So she decided to pursue figure.

She spent just six weeks prepping for her very first competition. Two years later, she stepped on the national stage. But based on a judge’s feedback, Nicole decided to spend some time in the gym to improve her physique.

Since then, she has won Ms. Olympia four times. Although Nicole has over one million Facebook page likes, she says you cannot make money from competitions alone. Therefore, many top competitors (including herself) have sponsorships. Unfortunately, however, this doesn’t pay the bills. 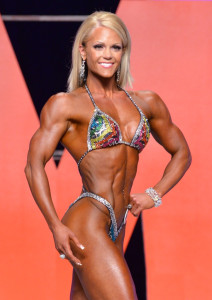 Although she loves competing and modelling, she’s most passionate about helping other women achieve their personal fitness goals. She accomplishes this through her membership website and Phat Camps.

Although Nicole is away most weekends during her off-season, she doesn’t typically travel while prepping for the Olympia. In fact, her plan was to begin prep after her trip to Toronto, which would give her 14-16 weeks.

Are you curious to learn more about Nicole’s day-to-day life; what she eats; how she trains and what it’s like to be Ms. Olympia? Keep reading!

1) How do you prep for a show around friends and family?

I don’t talk about my prep to others. And I don’t judge people. If they ask for advice, then I will tell them. My hope is that by setting the example, they will choose to follow a healthy lifestyle on their own.

2) What is your favorite shoulder exercise?

3) What are your measurements?

During competition season, I stick to six meals per day. I cut out all artificial sweeteners and I usually cycle my carbohydrates (higher vs. lower carb days). In the off-season, I am a bit more relaxed. I will eat 4-5 meals per day. I may have a glass of wine or a piece of pizza here and there. But I do eat healthy most of the time. When it comes to working out, I usually do my cardio in the a.m. and my weight training in the p.m. I try to go to the gym before the afternoon rush (1:30 – 3:00 ish). I have one rest day per week.

5) How do you avoid the post-competition rebound/weight gain?

In the beginning, I would gain 25-30 lbs after a show. Since then, I’ve started to integrate reverse dieting, where I slowly add calories/carbs back into my diet. Also, I don’t believe in taking time off from the gym after a show. I find this is when I have the most energy, so I use this to my advantage.

6) What type of supplements do you use?

I take a multi-vitamin, L-Glutamine, Whey Protein (off-season), Creatine (when I want to build), Vitamin C, Fish Oil and B Vitamins.

7) When you compete, do you cut your water?

No. I did not fully cut water at last year’s Olympia. I cut half of it and cut salt 48 hours before. I was ready two weeks before so that I did not have to use any magic tricks!

8) What do you eat when you travel?

Lately, I’ve been using a company called “Icon meals” when I travel. I typically freeze half of them and pack half using my six-pack cooler bag. In my off-season, I may also supplement with protein powder and quest bars.

9) How often do you weigh yourself?

I weigh myself daily to gauge my progress. But I don’t let it affect my mood as I know this number can change based on many factors. I refuse to weigh myself, unless it is first thing in the a.m., without clothing, on an empty stomach and after a bowel movement!

I recommend doing squats. You will activate your glutes when your quads are slightly below parallel.

11) What is the best way to develop your hamstrings?

Usually 4 times per week. I will do a leg raise, crunch and a twisting exercise.

Running has been the most effective exercise to lean out my legs. I will also do some plyometric exercises during the last 4-6 weeks to tighten up. I do a combination of HIIT, Intervals and steady state cardio, keeping my heart rate around 140 bpm.

15) What do you eat backstage?

Typically I eat rice cakes with jelly. I stick to clean carbs the week before (sweet potatoe, white rice, oatmeal).

16) How do you gauge your progress?

The mirror. I have weeks during prep when the scale doesn’t change, yet visually I’m getting leaner.

I remember “why” I started. Nothing worthwhile is ever easy.

18) What changes have you made in your contest prep since you started?

I cut out artificial sweeteners. I use sea salt and cinnamon to season my food. That’s it! 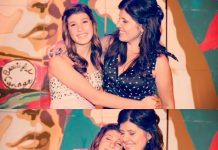 This Mother And Daughter Are On A Mission To Spread “Hope” 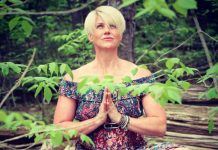