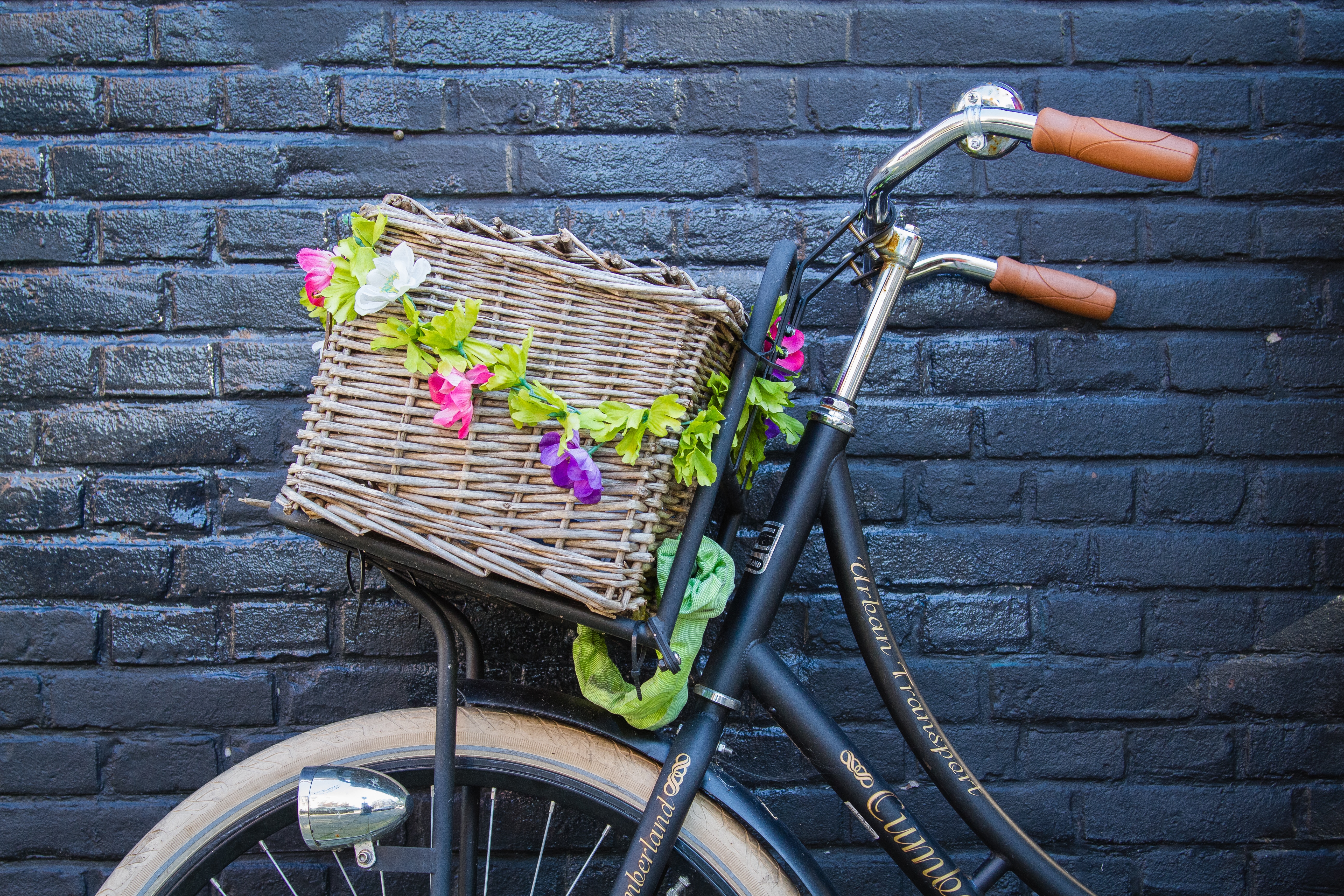 For my husband’s 40th birthday, we decided to plan a trip to Amsterdam. During the short time we were there, we discovered so much about the people, the culture and the lifestyle. But more importantly, we learned a lot about happiness and healthiness.
In a matter of days, we gained incredible insight insight into how the Dutch stay so happy and healthy.

Here is what I observed about fitness, diet and lifestyle:

Whenever I go to a hotel, one of the first things I do is check out the fitness facility. Typically, most hotel website photos make the gym appear 10 times bigger and better than it actually is, so I don’t usually have high hopes when it comes to exercising on vacation.

But I have to say I was pleasantly surprised when we arrived at the Hyatt Regency Hotel in downtown Amsterdam. It was amazing and not at all “typical”.  The gym was located on the first floor of the hotel (just off the lobby). In fact, there was a set of doors that led to a beautiful outdoor patio — not bad scenery for a workout! It’s always a plus when you aren’t confined to a basement with no windows.

The gym itself was equipped with dumbbells, a cable column, machines, plenty of cardio equipment, stability balls, mats, kettlebells and medicine balls.  It was everything I needed and more. They had plenty of towels and bottles of water, including both still and sparkling!

However, once we ventured away from our hotel, we noticed there were plenty of gyms throughout the city. This was my first clue that exercise and health is a priority among the Dutch. In fact, I discovered that they have something called Swim Gym; an indoor pool equipped with personal trainers and programs for those who like to swim and/or competitive triathletes. I thought this was a great concept.

It was especially fascinating to discover that the preferred method of transportation in Amsterdam is bicycling. I’ve never seen so many bicycles! In fact, a taxi driver told us that the number of bikes far exceeds the number of cars in the city. This may be one reason why the Dutch are healthy.also

This study suggests that bicycling in the Netherlands prevents 6,500 of the deaths that are related to health. In fact, the average life expectancy is at least half a year longer in comparison to other parts of the world.

It was also common to see people jogging and walking. We also noticed that very few people wear helmets while riding a bike. Although bike accidents happen in Amsterdam, we learned that it’s not that common as there is a mutual understanding between those who drive cars and those who ride bikes. They simply know to stay out of each other’s way!

We also learned that the residents of Amsterdam typically ride their bikes year round, rain or shine. In the winter months, many people skate along the canals.

Although it would have been easy to rent a bike or borrow one from our hotel, we decided to walk most places. In Amsterdam, they seem to have their own set of rules when it comes to riding a bike. And quite frankly, it was intimidating!

However, we really lucked out with the weather. It was sunny and the temperature was around 20-25 degrees Celsius the entire time. This is not typical for Spring in Amsterdam. We walked at least 10 kilometres each day. And if I could make a recommendation: this is a great way to see he many little pockets of the city.

I feel confident in saying that Amsterdam has some of the best food in the world. Although it is simple, everything is fresh and made from scratch. Although I don’t usually eat bread, I couldn’t hold back in Amsterdam. It was delicious! Typically, when I eat bread, I don’t feel well and I get bloated. But this didn’t happen in Amsterdam. Perhaps it’s because the bread was fresh and free of preservatives? Although I don’t eat a lot of cheese at home, my husband is a total fanatic. To his liking, there were cheese stores everywhere! It was obvious that cheese is another preferred food in Amsterdam.

Also, when you order a coffee, latte or espresso, you almost always get a cookie, square or some sort sweet on the side (no matter what time of day it is). The Dutch also love French fries, seafood, root vegetables and soup. Instead of green asparagus, they serve gigantic white spears. And it’s not uncommon to order an entire steamed artichoke with dip as an appetizer at a restaurant.

I noticed that their food is simple, yet satisfying and healthy.  And although they indulge in rich foods, sugar and starchy carbohydrates, they don’t have an obesity issue like we have in North America. I believe this is because they are mindful about portions, while eating foods that are rich in nutrients and made from scratch. Plus, they make exercise a priority by riding their bikes to work, walking or going to the gym in their spare time. The residents of Amsterdam are a great example of the “everything in moderation philosophy”.

The Dutch know how to take it easy. We learned that on Sundays and Mondays, stores and businesses do not open until 1 p.m. This is so different from North America, where everything is open 24/7.

And they drink a beer at lunch. Not exactly a healthy ritual, but the point is that they know how to take it easy.

We were pleasantly surprised by how friendly and open the people were. In my opinion, this was an indication that the Dutch are happy, and perhaps, less stressed than we are in North America? When I dug a little deeper, I discovered that the Netherlands is ranked #6 on the world happiness scale, according to the United Nations. However, Canada was ranked #7, which isn’t far behind. According to the study, 7 out of 10 Dutch people surveyed consider themselves “happy”.

Where to eat:
We discovered several great places to eat while we were there.
These were some of our favourites:

This was our go-to breakfast spot. The concierge at our hotel told us about Bakhuys. It’s definitely one of the city’s hidden gems. Their baked goods and bread (made in house) were amazing. If you happen to go there for breakfast, you must order the Sourdough Bread, topped with avocado, tomato, basil and a poached egg. The place was full of locals, no matter what time of day. My husband tried the Almond Croissant, and of course I had a bite. Also amazing! This is also where I tried Oat Milk for the first time. I had an Oat Milk latte and it was delicious. Rich, creamy and dairy-free! This is a must for those who are looking for a dairy-free, nut-free milk alternative. If you want to try it out, I found the same brand here.

This was another hidden gem. We discovered it on Tripadvisor. We were looking for somewhere to get a quick bite to eat before our canal cruise. I opted for a mixed salad, which was fresh and very tasty. My husband ordered the most delicious flatbread, filled with sweet potatoe and goat cheese. We went back the next day, but unfortunately they were closed for a private event. This place is a “must” if you are looking for delicious, healthy food in Amsterdam.

This is a Michelin-Rated restaurant. We opted for the wine pairing tasting menu. Since I wasn’t feeling as adventurous as my husband, I decided to stick with the vegetarian option. The food was delicious and the presentation was incredible. This is a great place to celebrate a special occasion.

We found this authentic Japanese restaurant by accident. We asked some locals for a healthy option nearby and they directed us to this trendy Ramen Bowl restaurant. No sure it was the healthiest option — but we decided to take their word for it.  When we got to Fou Fow Ramen, it was obvious that it is a hot spot among locals and tourists; especially at lunch time. We’ve never been to a place that specifically focuses on Ramen bowls; which is essentially a noodle bowl. Don’t worry —  it’s not the same as those packages of instant noodles we all lived off of in university! The noodles are typically made in-house and the bowl contains your choice of protein and are topped with seaweed. I try to avoid too many starchy carbs, but this was a yummy treat!  The only downside was that it was hot out and the place didn’t have air-conditioning. So it was not the best time to eat hot soup. This would be an amazing place to go in the winter to warm up. Although they serve meat, they also have vegan/vegetarian options. 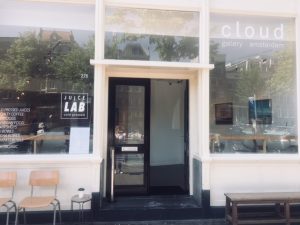 Recently, my husband and I have been on a juice kick. So whenever we come across a Juice Bar, we have to check it out. Fortunately, juice bars are quite popular in Amsterdam. We saw one on nearly every corner! This place makes delicious cold pressed juices and its attached to an art gallery, which was really cool.  However, the juices aren’t cheap. You basically get what you pay for. In my mind, juicing is an affordable luxury for those of us who see the value. We tend to make our own at home but it was nice to have a juice while on vacation to ensure we were getting enough nutrients. I find I eat less greens when I travel, so this was a great substitute. I tried the Spicy Greens Juice. It was really good, but not for everyone. It was super spicy. It must have been all of the ginger — so definitely very healthy. My husband had Ginger Paradise, which was delicious. It was made from Carrot, Apple and Ginger. In fact, now that we are home, he has been asking me to make this one for him!

I hope you enjoyed reading about my trip to Amsterdam. It’s definitely a place I’d visit again. 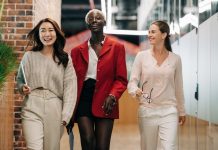 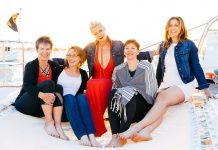 How This One Woman’s Story Led To An Empowering Movement 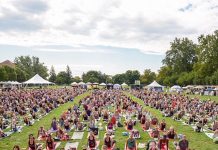 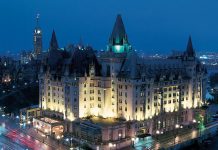 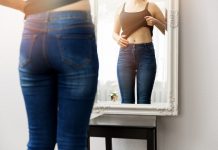